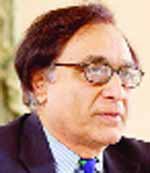 Muslim maulanas (clerics) and dargahs (religious shrines) dot the landscape of Muslim India - the cities and towns where India’s Muslims live. Having grown up in India, the scenes of multitudes of devotees thronging the shrines and bearded maulanas lecturing away to the congregations are ingrained in my mind. Countless movies and TV coverage of religious occasions have further reinforced these images over the years. Many people stereotype the extraordinary educational and socioeconomic backwardness of the Muslims of India with the sub-culture of dargahs and maulanas that is pervasive in the lower middleclass Indian Muslim community.

On the other end of the spectrum of the Indian society are the images of successful bright Indian youth who compete fiercely for top professional opportunities like IAS/IFS/IPS civil services and the bright eyed engineers from IITs and doctors from prominent medical colleges entering promising careers in the modern fields of engineering and medicine.

The two images are poles apart. Yet in recent weeks my attention has been pleasantly drawn to the two images coming together for a few Muslims. No, they did not crack the Powerball lottery. A counted few among the lecturing maulanas and the maudlin dargahs took a big leap forward and bridged the vast gap between the two images to make it possible for a few ordinary Muslim youth to touch the modern Indian moon. Let me share this pleasant observation with you.


a. Maulana Mohammad Fazlur Rahim Mujaddidi’s Crescent Civil Service Academy, New Delhi:
About ten years ago Maulana Mujaddidi, a very respected Muslim cleric, established the Crescent Academy in New Delhi as a division of the Maulana Abdur Rahim Educational Trust, with a vision of providing proper guidance, academic coaching and training to the Muslim aspirants for the country’s topmost Civil Services (IAS/IFS/IPS etc). Typically every year around three percent successful candidates are Muslim. In the just announced results for the very tough multipart competition for these coveted careers for 2012, 13 trainees from the Crescent Academy came through as successful candidates. In fact, 30 candidates from the Academy were successful in the first round examinations and 19 cleared the main IAS examination. 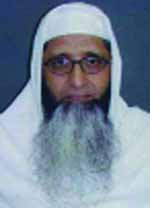 It should be noted that to-date the Academy with its limited infrastructure and resources, has been able to produce more than 100 IAS, IPS, IFS, IRS, judges and states civil servants throughout the country. These are the very top government services in India and the careers lead to their being the makers of the top policies in the country. 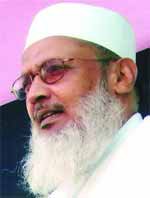 About five years ago Maulana Rahmani, another respected Muslim cleric, established this coaching centre to provide academic and competitive training to Muslim youth who aspire to enter the Indian Institutes of Technology - India’s most prestigious engineering colleges. Typically every year no more than about one percent Muslim youth are successful in enrolling in the IITs. The results of the competitive examination held for 2013 announced last week show that 24, mostly Muslim, of the 30 candidates from the Rahmani-30 Centre cracked the IIT-JEE (Joint Entrance Examination).

Besides the 24, four students of Rahmani-30 who could not clear the test last year have also got success this year. These 28 candidates have qualified for IIT-JEE Advance test to be held in June.

Typically graduates of IITs go on to work in prestigious positions in the country’s top corporations, or multinational corporations or receive employment in foreign countries. 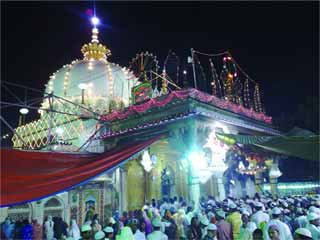 In 1966, the Dargah’s Trust established the Khaja Education Society to promote education in the educationally backward Muslim community. They started with a school for girls and now operate 15 minority educational institutions in Gulbarga, including the Khaja Bandanawaz College of Engineering established in 1980 and the Khaja Bandanawaz Institute of Medical Sciences established in 2000. The pioneering spirit behind the Khaja Education Society has been the Dargah Trust and Padamashree Shah Mohammad Hussaini who passed away recently.

Without a doubt this dargah is totally different from the thousands of dargahs spread throughout the country, in that it has put its primary focus on imparting modern high education to the Muslims. Also, they have been so eminently successful in transforming youth from the backward Muslim community into high quality engineers and doctors, who are helping uplift the Muslim community and the country into a modern nation.


d. Spread the secrets of success
One important factor for the handful of brilliant success stories in the Muslim community enumerated above is the close cooperation between the Muslim religious leaders and the Muslim intelligentsia leaders. Instead of competing with each other or ignoring each other, they pooled the street popularity of the religious folks with the knowledge of modern education of the educated Muslims to make it a win-win situation for the community.

These undoubtedly rare success stories in India’s Muslim community make one wonder how much socioeconomic development can take place in the community if many more maulanas and dargahs dedicate themselves to the cause of imparting quality modern education and competitive ability to the Muslim youth and include the well-educated Muslims in their team. Instead of spending so much time and energy on political and publicity activities, if we spend more of it on the development of our youth, we can change the community’s picture drastically in just one generation.

The writer, a community activist, can be reached at kaleemkawaja[@]gmail.com