3,185 extrajudicial killings in Egypt since 2013 by the US-Client El-Sisi’s regime

The Arab Organization for Human Rights (AOHR) said Tuesday (July 3) as many as 3,185 civilians have been extra-judicially killedby Egyptian security forces since July 3, 2013 when the US-client General Abdel Fattah El-Sisi overthrew the government of President Mohammad Morsi who was the first democratically elected President of Egypt. 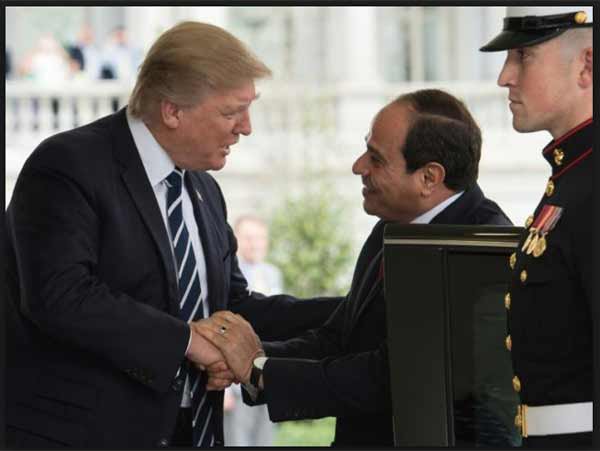 Abdel Fattah El-Sisi has now assumed the title of Field Marshall and became permanent president of Egypt since Egypt's rubber-stamp parliament has overwhelmingly voted to approve constitutional changes to extend his term of office by another 12 years.

The Human Rights organization has issued its report on the 6th anniversary on the July 3, 2013 coup against President Mohammad Mosri who collapsed and died last month in Egypt’s Kangaroo court.

The organization has documented a series of atrocities it says amount to crimes against humanity under the Rome Statute including systematic torture, enforced disappearance and genocide.

The AOHR has monitored extensive attempts at eliminating Egypt’s opposition, including members of the Muslim Brotherhood, activists, political opponents, journalists and intellectuals by forcibly disappearing them, incarcerating them in dire prison conditions and torturing them.

In a report the AOHR explained the extra-judicial killings. The victims included 2,194 people who were killed during the Egyptian security forces’ attacks on peaceful gatherings, most notably the dispersal of two sit-ins in the Rabaa and Al-Nahda squares on 14 August 2013. The victims included 766 people who had died in detention centers, including 122 people who died as a result of torture.

According to the AOHR report 516 people died as a result of medical negligence, 37 due to overcrowding and poor conditions in detention and 91 people due to corruption of the detention facilities’ administrations.

“In the six years since July 3, 2013, in Egypt, the human rights situation has been continually declining in an unprecedented manner. Security forces have practiced all forms of violations under the climate of complete impunity,” the London-based AOHR said in its report titled “Six Years of Impunity”.

Some 144 people have been executed since US-client Field Marshall President Abdul Fatah el-Sisi seized power overthrowing the elected President Mohammad Morsi in July 2013, the Times reported on May 6, 2019.

More than 2,440 people have been sentenced to death in Egypt since President Sisi began a crackdown on opposition after coming to power six years ago, according to new figures released by UK-based human rights group Reprieve.

According the AOHR, 83 people are currently on death row.

The AOHR report said that on June 17, 2019, the death of former President Mohamed Morsi was announced after he fell unconscious during a court session of his trial, but several questions were raised about Morsi's sudden death in court.

Was his death due to medical negligence? Indeed, over the six years of his detention, the regime deliberately refused to provide him with necessary treatment for the several chronic diseases he suffered with. Or was he killed by some kind of poisoning?

Morsi had mentioned in one of his trial sessions that he was exposed to threats that may affect his life. Despite these questions, Egyptian authorities forced his family to bury him hastily without allowing the family to request a medical autopsy.

The AOHR emphasized that over the past six years, the Egyptian regime has used extensive arbitrary arrests to suppress opposition and to abolish any potential for freedoms of opinion and expression. According to quantitative monitoring of arbitrary arrests in Egypt, there is an estimated figure of 63,032 people who have been arbitrarily detained since July 3, including 691 women and 1,161 minors.

Most detainees were subjected to enforced disappearance for varying periods of time. According to complaints received by AOHR, the families of those forcibly disappeared sent many telegrams and communications to the Attorney General and the Minister of Interior demanding that the fate of their relatives be revealed, but the Public Prosecution, in its capacity as the entity responsible for initiating criminal proceedings, refrained from opening any investigation into any such communications.

The AOHR asserted that in order to blur the truth, the Egyptian regime targeted journalists and various media outlets continuously since July 3, 2013, closing down more than 20 media channels and newspapers, and prohibiting many journalists and writers from  writing and publishing.

A number of journalists were also deported. The Journalists Syndicate was broken into and two journalists who had taken refuge in it were kidnapped, and the Chairman of the Syndicate had fabricated charges imposed against him.

Over the course of the six years, 11 journalists were killed and more than 250 were arrested, of whom 29 journalists remain in detention. Furthermore, more than 45 journalists have been placed on the terrorism lists, and the Egyptian regime has blocked 535 news websites and newspapers.

The AOHR monitored the hearings of the trials of detainees held in cases related to opposing the authorities since July 3, 2013 until now. Sentences were handed down in 2,638 politically-affiliated cases related to opposition of the regime. Verdicts were handed down in civil and military courts, with 2,368 verdicts in civil cases and 270 verdicts in military cases.

The AOHR also reported that the number of civilians killed since July 3, 2013, in Sinai is 4,441, of whom 4,093 were those the army said were killed as a result of security confrontations, and the rest the Egyptian army admitted were killed indiscriminately.

The AOHR pointed out that the aforementioned houses and huts that were burned and destroyed were outside the Gaza border strip which the Egyptian government ordered its evacuation, displacing the residents from their homes and demolishing them, in preparation for establishing a buffer zone on the border with Gaza.

The AOHR stressed the need to take serious and decisive position against the Egyptian regime, which is not subject to any domestic or international monitoring. The state of impunity the regime has been enjoying has reinforced its will to move forward with further crimes and violations.

The AOHR called on the UN Secretary-General to activate the necessary international mechanisms to restrain the Egyptian regime, stand by the victims, and hold accountable all those responsible for the crimes committed. “Six years of repression, killing and detention have passed across all Egyptian lands, and the victims are still waiting for equity and justice.”