In a past few decades India has painfully witnessed a surging spate of miserable farmer suicides. The statistics have shaken the nation badly but no concrete steps have been taken by any government to curb the malady of farmer suicides. Still in absence of optimal rain falls when the famines strike, the first and foremost victims are the debt-ridden farmers who have to pay their debts by encircling the death noose around their necks. 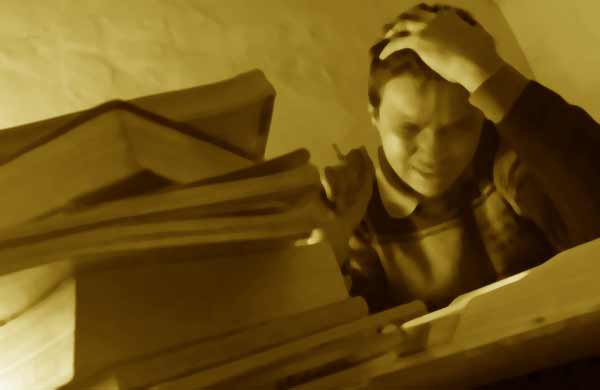 It is a lamentable state of affairs that needs immediate attention but in this article we are going to draw your attention towards another vulnerable class who are unfortunately and unabatedly taking recourse to the scourge of suicides. We are referring to the aspirant community of the young students who harbour lofty dreams and when due to multiple reasons, present galore, they fail to translate their dreams into reality, many of them out of sheer desperation and despondency are driven to the deadly dark dungeons of suicides.

Recently, we had got an official assignment due to which we were bound to pay a visit to Kota which is notoriously known as India’s suicide capital. We were astounded to see the mushrooming growth of the IIT coaching centers in the city. The city has almost fifty coaching centers which have roaring business there. The mind-boggling number of these institutes first of all puts a big question mark on our educational system which truly speaking is in a complete shambles and hence teeters on the brink of collapse. Kota is indeed a popular destination for those students who are aspiring to secure their seats in some elite IIT and medical institutes of our country.

Many of the aspirant students who take admissions in coaching classes at Kota have to undergo the rigorous study regime for which they all are not prepared neither equipped with the needed set of skills. These days unfortunately the parents community have begun to pin very high hopes on their children. It is the desire of every parent that their son or daughter must either become an engineer or a doctor.

The complex ridden parents are most of the times unable to recognise the real aptitude and the latent potential of their children and forcibly goad them to tread the path of their own choice whereas the choice of the children is least bothered about. The results for such unwise decisions turn out to be disastrous and prove fatal for the students.

When a student is sent to some coaching institute like Kota, his parents have to pay a hefty sum of fee along with other expenditures. Each institute charges around two lakhs as their annual fee which burns a big hole on the not so deep pockets of the parents. But determined parents do not hesitate to go to any lengths. Money is borrowed on a high interest rate which puts equally high pressure on the students.

There is no denying the fact that in the absence of quality school education, all children are not properly schooled to encounter the tough challenges ahead. The coaching institutes which can be rightly compared with the money making educational industry are thriving like anything. They have no considerations for the prescribed code of conduct. The prescribed code of conduct says that an institute is bound to give an aptitude test to a student before admitting him or her for a particular course. This test can well determine the capabilities of a student and the experts can be sure of the success chances of a student at hand to a large extent. But in an absolute flagrant violation to the set norms, no such test is conducted, and even if it is conducted, it is nothing short of a perfunctory ritual.

No one is denied admission on the basis of unsatisfactory performance in the aptitude test because the owners of these institutes are basically devious minded businesses men. Their sole objective is to line their own pockets. In utter disregard to the rules, they go on admitting the students and stuffing their own coffers. Since the fee once paid is not refundable, these institutes are busy like bee in minting money. When a student sans needed aptitude for such studies fails to deliver the goods, he tends to fall in the quagmire of depression. A depressed student finds himself stuck in a catch twenty two situation out of which many a time he comes not alive but dead. Many students have lost their precious lives at Kota in the rat race of getting seat in top-notch medical and IIT institutes.

The saga of suicides is not only confined to the four walls of Kota. It has spread its tentacles outside also. Many students who somehow manage to make their niche in a medical college or an engineering institute have succumbed to the pressures of gruelling contents of their course and consequently they have taken to the extreme means by putting a full stop to the small sentence of their life. It is time for the government and the parents community to come out of their hibernation. The parents must not forget the fact that their children are not of them. They are only through them. Thus, they children have every right to exercise their own choice when it comes to the matters of their life and career. The parents must not consider their children as mere chattels and goods.

At the same time, it is also incumbent on the government that they adopt some robust measures to revamp our decaying education system. The faulty and flawed elementary education must be overhauled as it has badly failed to train all the students to take the tough calls of engendering and medical professions. The fact can also not be gainsaid that our governments have always soft paddled the matters pertaining to the killing coaching industry. In the absence of a stern code of conduct for the coaching centres and its proper implementation, many innocent lives have been untimely snuffed out. All these coaching institutes must be governed by a regulatory government body so that they are not allowed to practise their unbridled rampant highhandedness and the flowers of beautiful lives are not mercilessly plucked.

Prof Shiv Sethi is Head Deptt English language and linguistics at Dev Samaj College For women, Ferozepur and can be reached at shiv.sethi%ymail