Lack of education and not population growth worrisome

The prevailing notion about population growth as the root cause of all which ails our development is nothing but a myth. Our wonderful constitution has laid great emphasis on child education but we never seriously tried to uphold our constitution. Article 21A clearly state

“The State shall provide free and compulsory education to all children of the age of six to fourteen years in such manner as the State may, by law, determine”.

Law makers taking oath on our constitution don’t even raise an eyebrow when constitutional provisions are violated with impunity. In many cases, they themselves are involved in criminal activities and are hardly ever brought to book. 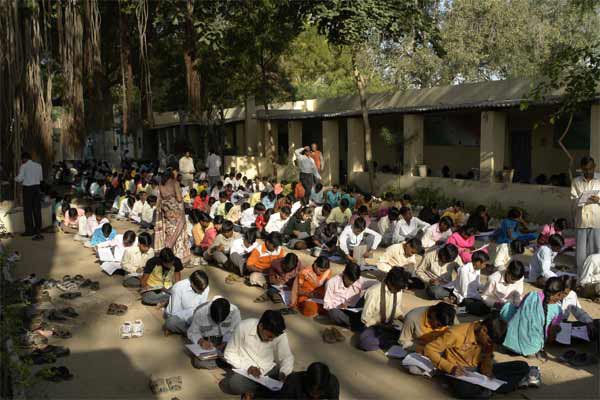 Even after seven decades of independence we are witness to early dropouts and pitiable conditions of public schools, Delhi government efforts vis-à-vis public education being an exception. In 1964 Kothari Commission had recommended an expenditure of 6 per cent of GDP on education, a policy recommendation endorsed by the National Policy of Education two decades later in 1986. In our country instead of making an effort to endorse Kothari Commission recommendation we have observed a downward trend: Spending on education was 2.7 percent of GDP for the financial year 2018, down from 3.1 percent in FY13. As per the Right to Education (RTE) forum only eight percent schools have been made RTE-compliant since the act came six years back.

Norway with 6.4% of GDP expenditure on education is at the top followed by New Zealand (6.3), UK (6.2) and USA (6.1). This care for education of their people is reflected in the standard of living in these countries. If we claim to be a fast developing country then we must enhance our expenditure on education and health care. An educated and healthy country is bound to progress with the concerted effort of its people.

In order to hide their own shortcomings with reference to the provision of article 21A, successive governments have made population growth a scapegoat. Public perception is created for blaming a particular community for the unchecked population growth. Though, this is farthest from truth.

The poverty-stricken population of our country thinks only in terms of more working hands and therefore, believes that the more children they have the more they will be better off through child labour. Though individual (e.g., Kailash Satyarthi) efforts for educating children of brick kiln labourers should be applauded but it is the prime responsibility of a conscientious government to make efforts towards better living conditions of its people. To be fair with government policies, it did start many programmes like ‘Sarva Shiksha Abhiyan’, ‘Adult literacy’, ‘Mid-day meal’ etc but desired results could not be achieved; one major reason being the prevailing corruption.

A country is not just land, river, mineral resources etc but its biggest asset is its people. Though government did create a separate ministry in the form of ‘Human Resource Development’ but without proper long term planning and fund allocation how can we expect to develop our Human Resource?