A gut feeling can be developed — BJP is losing Gujarat?

We often hear about a gut feeling or a hunch when someone feels that something may happen and it really happens. Every one of us has had this feeling. So, what's a gut feeling? 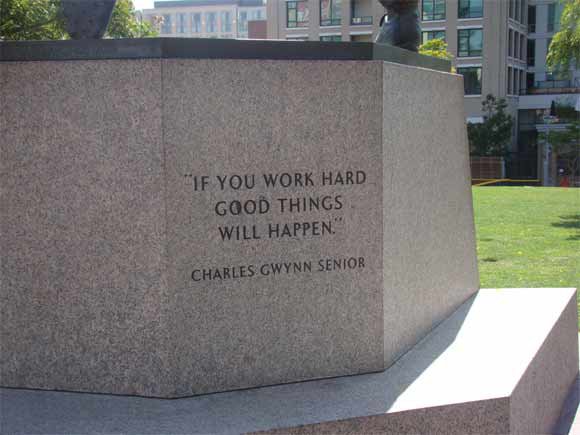 Gut feeling is actually an intuitive spark of premonition or future happening that could be positive as well as negative. According to neuro-biologists, we all have minimum three hunches in a fortnight throughout our lives. Those who live and move on a higher plane and have deeper consciousness, feel them and get guidance in advance.

Sir CV Raman wrote in the now defunct The Amrita Bazar Patrika, Calcutta, that he had the intuitive gut feeling of winning the Nobel for Physics two years before he won it in 1930. Tagore had a hunch that he would lose his original manuscript of Gitanjali on train. But he would get it back also! And he actually lost it on the train while traveling from London to Birmingham in 1912. The station master informed that his lost manuscript was found on the train but he wouldn't have to worry. He'd get it. He won the Nobel for literature in 1913. MK Gandhi told his secretaries Mahadev bhai and Pyarelal three decades before his assassination on January 30, 1948 that he'd be killed by a fellow countryman. He shared his gut feeling with Louis Fischer in 1936. When young Sunil Gavaskar was about to open the innings for India in his very first test in 1971 against the formidable West Indies, the legendary Sir Garfield Sobers came to him and affectionately predicted, 'Little man, you'd create a world record in this series and retire as one of the greatest openers in the history of the game.' Sunny was surprised, because the great Gary never even heard his name before! Neither was he (Sir Gary) a clairvoyant. Sunny truly created a magnificent world record of amassing 774 runs in five Tests, still a world record by a debutante batsman to score so many runs in his very first Test series. It was Sir Gary's hunch that came true in the case of Sunny's career. When Indian captain Nari Contractor was felled by a lethal beamer bowled by Charlie Griffith in 1962, the super-suave and humane West Indian captain Sir Frank Mortimer Maglin Worrell donated his blood and saved Nari's life. The indebted Nari asked Sir Frank Worrell, 'Sir, how can I repay your debt?' The unassuming Worrell laughingly said, 'Donate blood when I'll need it.' Worrell died of blood cancer after five years. Though Nari's blood didn't match, he made it a point to donate blood every year in Calcutta, the city Worrell loved the most. It was Frankie's gut feeling that one day he might need blood for his incurable ailment. A reigning megastar had a gut feeling that one day, he'd be the greatest actor in India despite a slew of box-office failures. He indeed became one and is still straddling like the Colossus. Great singer Muhammad Rafi had a gut premonition of his departure from the world after the demise of his best friend, Bengali actor Uttam Kumar on July 24, 1980. He breathed his last on July 31, just after a week!

Hunches are sudden, disguised and fleeting visions into the future and they seldom fail to happen just like the early morning dreams and their uncanny messages. Guts also have a direct connection with the intensity of a person's sensitivity. The more you're sensitive and aware of the things around you, the more your gut feelings come true.

Hunches or guts can also be developed. It's advised by neurologists that if a person keeps a diary and jots down every thought, action and activity before sleeping, he/she can soon be able to sift through predictive thoughts and pick them up. This is known as 'Hunch-recording' or 'Gut-keeping'.

We're all intuitive individuals. All we need to do is develop our sensitivity and the level of overall awareness. Human brain or mind, whatever you may call it, has astounding abilities. We need to tap them and the new trajectories will open up like a floodgate.

Nurturing the consciousness is, therefore, an essential attribute that can elevate humans from mere mortals to higher beings. And it's yours truly's hunch!