Nocturnal raids: a nightmare for youth in Kashmir

The life in Kashmir Valley, especially the South Kashmir, has become a hell for residents on account of increasing and continued nocturnal raids by Indian security forces, forcing people to remain wide-awake during nights to foil arrest bids. Previously, the raids were limited to the family members of active Mujahideen and militant groups. But now a days no one is safe from the raids conducted by Jammu and Kashmir Police, Army’s Rashtriya Rifles and Central Reserve Police Force. 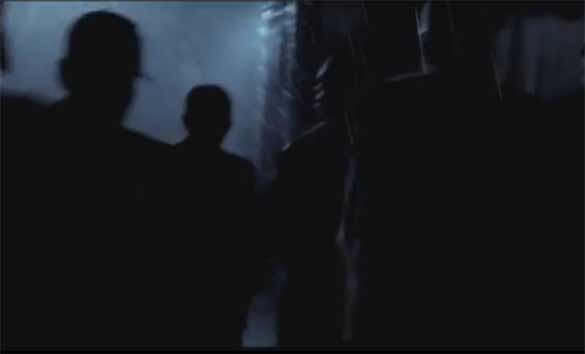 Protest, blockades and shut downs by public have made no difference to the security agencies. Residents in South Kashmir say that mid-night raids by security agencies have forced scores of youths to go into hiding. The raiding forces arrest whoever they find, beat them up and damage property including vehicles, houses and even apple trees. Many a time police and army personnel come in civilian dress and deal harshly with those who question them.

The situation is reminiscent of 1990s when many people used to sleep at the houses of their relatives and friends to avoid raids by security agencies. Once again the security agencies are using the tactics of terrorising the masses and suppressing voices seeking right-to-self-determination.

However, the protests by Kashmiris have seen a remarkable change. Since 2008 uprising, more and more youths are participating in the struggle. As compared to the armed struggle of 1990s, which was led mainly by militants, now younger generation is coming forward. There is a shift in the nature of protests as well. Today the protests are more intense and violent and largely led by younger generation.

Earlier, in view of CASO (Cordon and Search Operation) and encounters between security forces and militants, fearful residents would move to neighbouring villages. But not any more. Today, instead of hiding, young protesters rush to encounter sites with the sole aim of defending militants. They use stone-pelting as a tool to disturb the operations by police or army. This type of public intervention has forced the security forces to cancel their militant combing operations at many places.

In today’s Kashmir conflict, younger generation is playing a significant role. For security agencies it poses a new challenge. They have launched various programmes to engage youths and change their minds from the idea of Azadi. But these appear to have not yielded the desired result.

Disappointed by this, the security forces, with the help of local informers, have started nocturnal raids to arrest the protesters and to create fear among the masses. The raids are not limited to arrests only. Security agencies also indulge in damaging property, humiliation of women and torture of other family members. Many people also complain of stealing of money and jewelry during the raids.

Thousands of people are believed to have been arrested in different parts of Kashmir, but so far no official figures have been released. Security forces say the arrests are aimed at maintaining peace. They claim only those people are being held who are involved in stone-pelting and other anti-India protests. But reports from the villages of South Kashmir’s Anantnag, Pulwama, and Shopian; North Kashmir’s Baramulla, Kupwara, and Bandipora; and Central Kashmir’s Budgam and Ganderbal suggest that security forces do not spare anyone during night-raids. They arrest whoever they find and thrash those who dare raise a voice. They do not spare even the women. What is most troubling is that the warfare is being conducted inside civilian houses instead of conventional battlefields.

(The authors are PhD candidates at Central University of Gujarat)