The United Nations has established an International Day Commemorating the Victims of Acts of Violence Based on Religion or Belief.

The U.N.’s General Assembly passed the resolution without objection Tuesday, setting August 22 as the day commemorating victims of anti-religious violence. 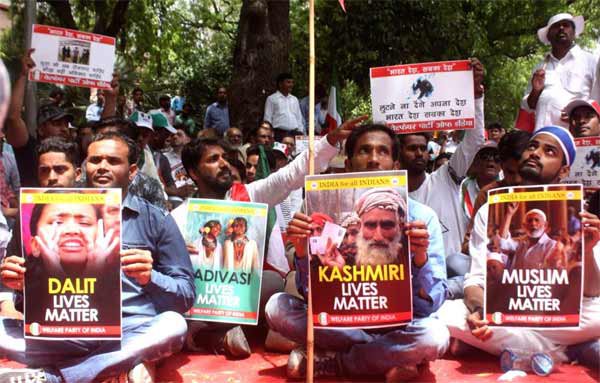 “The world has been experiencing an unprecedented rise of violence against religious communities and people belonging to religious minorities,” said Jacek Czaputowicz, Poland’s foreign minister, speaking Tuesday before the General Assembly. Poland introduced the resolution creating the day. He cited recent “appalling acts of violence” against mosques in Christchurch, New Zealand and Easter Sunday bombings of churches in Sri Lanka.

“Hatred toward religious groups may lead to mass killing of innocent people,” Czaputowicz said. He cited surveys showing that a third of the world’s population suffers from “some form of religious persecution.” In some countries, he said, some religious adherents are prohibited from practicing their rituals even in their own homes.

“The right of freedom of thought, conscience and religion, commonly referred to as a right to religious freedom or belief, is a universal right of every human being. This right is a cornerstone of many other rights. Any act of violence against people belonging to religious minorities cannot be accepted,” Czaputowicz said.

In a statement affirming its support of the resolution, the Holy See Mission to the United Nations said the Vatican “follows with great concern the escalation of violence against religious communities.” The statement quoted the joint declaration “Human Fraternity for World Peace and Living Together,” signed recently by Pope Francis and the Grand Imam of Al-Azhar, Ahmad Al-Tayyeb, which insisted that individuals, not religions, be blamed for religiously-motivated acts of violence.

The U.S. delegation, in a statement read out at the General Assembly meeting, spoke of “an urgent need for the international community to come together to condemn violence based on religion or belief and remember the many innocent victims of these heinous acts.”

“Countries must work across borders to advocate for the rights of members of religious minority communities, and to protect freedom of religion or belief wherever it is threatened,” the U.S. statement said. It said that this summer the U.S. will hold a second Ministerial to Advance Religious Freedom, bringing together civil society, government officials, international organizations, and religious leaders “to facilitate dialogue and establish areas of mutual cooperation for future action.”

“Nobody should be persecuted because of their faith,” said Kelsey Zorzi, President of the NGO Committee on Freedom of Religion or Belief at the United Nations and Director of Advocacy for Global Religious Freedom for ADF International, in a separate statement. “We welcome this clear statement from the United Nations that persecution on the basis of religion or belief cannot be permitted and the victims must never be forgotten.

All people have the right to peacefully live out their faith. As we join together to reaffirm this right and remember those who have suffered, we also must recognize that resolutions alone are not enough. Religious persecution is globally on the rise. We urge all states to ensure that their laws and policies are in line with their commitments to protect religious freedom under international law.” (May 28, 2019)