Reporters Without Borders (RSF) calls for an independent investigation into this week’s severe beating of a reporter in India’s east coast state of Andhra Pradesh who has repeatedly criticized a local legislator and the corruption associated with the state’s sand mafia. Those behind this attack, the third this journalist has received in as many years, must be identified, RSF said. 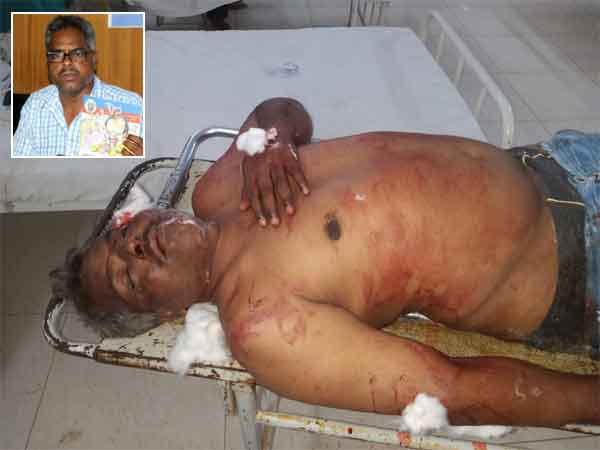 Nagarjuna Reddy, who works for the local Telugu-language daily Neti Surya, was nearly killed in this latest assault, which occurred shortly after he left a police station in the town of Ongole on the evening of 23 September (2019).

He was intercepted by around 25 individuals armed with sticks, steel bars and knives, who took him to an isolated spot, proceeded to beat him and torture him, and finally dumped his body, presumably believing him to be dead. He was found by passers-by who took him to a hospital in the neighbouring town of Chirala, where he is being treated for severe injuries all over his body, including a broken leg.

“He is very badly injured and may be bed-ridden for the next four or five months,” RSF was told by Ravi Kumar, an Ongole-based journalist with the newspaper Sakshi who is a friend of Reddy and who visited him in hospital two days after the attack.

“This is the third major attack on Reddy since 2017,” said Charan Teja, a journalist with The News Minute in the nearby city of Hyderabad. “He had openly said he faced threats to his life from a local politician.” Reddy had even filed a complaint about the threats with the police. 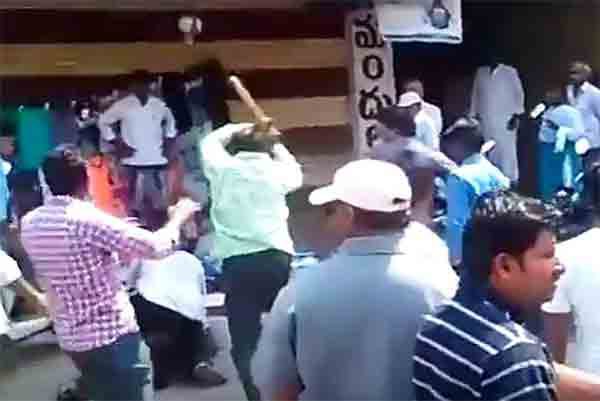 “Nagarjuna Reddy embodies a courageous and determined journalism that does not hesitate to investigate the private interests of certain persons when they conflict with the public interest,” said Daniel Bastard, the head of RSF’s Asia-Pacific desk.

“The repeated extremely violent attacks, like the one he has just sustained, are therefore all the more shocking. In view of the widespread corruption prevailing within the local elites, we urge Andhra Pradesh chief minister Jaganmohan Reddy to order an independent enquiry that identifies the real instigators of these attacks and brings them to justice.”

After questioning Reddy in hospital and interviewing his wife, Jyothi, the police announced that they have arrested five individuals. Everything indicates that the attack was motivated by Reddy’s articles about Amanchi Krishna Mohan, a member of the state legislative assembly, and about Mohan’s alleged links with the Chirala sand mafia.

It was Reddy’s coverage of illegal sand mining that prompted the severe beating he received in 2018. “It was the same leg that was broken when he was beaten up by miscreants in 2018,” an Ongole-based journalist told RSF on condition of anonymity.

An extremely violent mob nearly lynched Reddy in the street in February 2017. In a shocking video showing part of this attack, Mohan’s brother can be seen beating Reddy with a steel bar.

A few months later, an independent panel of journalists, lawyers and academics concluded that this attack took place in front of Chirala’s main police station and that the police looking on without intervening. Worse still, the police subsequently registered complaints against Reddy based on spurious allegations of extortion and deception.

At least six journalists were killed in connection with their work last year in India, which is ranked 140th out of 180 countries in RSF’s 2019 World Press Freedom Index. (REPORTERS SANS FRONTIÈRES)