The 26 March 2003, certainly ranks as one of the most infamous days in the history of Gujarat and perhaps of India! On that day, two seemingly unconnected, but strangely enough, inter-related incidents, took place in quick succession: the murder of Haren Pandya and the passing of the Gujarat Freedom of Religion Bill.

Early morning, on that fateful 26 March, Haren Pandya, a former Home Minister of the Gujarat Government, was found assassinated under very mysterious circumstances in the heart of the upmarket western area of Ahmedabad. 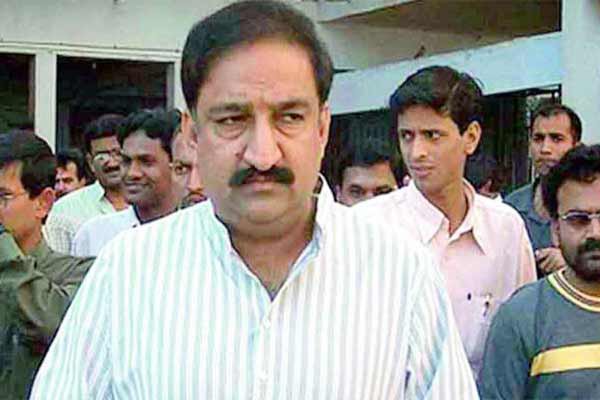 It was common knowledge that Haren Pandya testified before an independent ‘Citizen’s Tribunal’ some months earlier, in which he provided minute details of the Gujarat Carnage of 2002 and the persons responsible for it! The fact that he had testified, was first revealed to the media by Pandya himself. Even as late as 2012, Pandya's wife Jagruti has gone on record saying, "My husband's assassination was a political murder. For the last 10 years, I have been fighting a legal battle to get him justice but in vain, however, I will continue to fight”. His father, the late Vitthalbhai Pandya (who died in January 2011) was quite convinced of who was behind the killing of his son and he went from pillar to post (right up to the Supreme Court) hoping that the full truth of Haren’s murder would be revealed. Several non-partisan political analysts have also written volumes on this murder.

On 5 July 2019, the Supreme Court upheld a Gujarat trial court’s verdict convicting twelve people accused of the murder of Pandya. Whilst this judgement is an ‘apparent’ closure to one of the most high-profile murders in India’s recent history, several unanswered questions in pursuit of the ‘whole truth’ will continue to rankle and are certainly never going to disappear.

A little after Pandya’s body was discovered, on that very day (26 March 2003), the Gujarat Government unanimously passed the ‘Gujarat Freedom of Religion Bill 2003’. The Opposition had staged a walk-out opposing the contents of the bill. This Act will go down as one of the most draconian laws in post-independent India.  In violation of Article 25 of the Constitution of India, it necessitates (among other anti-people provisions) that anyone wishing to convert to another religion must first seek ‘the permission’ of the civil authority in the State.

It took full five years (till 2008) for the Gujarat Government to frame the rules necessary for the implementation of law. A group of civil society leaders had challenged the constitutional validity of the law. The Gujarat High Court had sent a notice to the Gujarat Government for its response. The Government never responded to the notice, the petition was withdrawn and the law remains in force.

Pandya’s murder and the Freedom of Religion Act are clear on two counts: fascists brook no dissent and that a national anti-conversion law based on the Gujarat model is in the offing!

That day 26 March 2003 was no flash-in-the-pan! It is a sign of things to come. It should never be forgotten!

The author is a human rights & peace activist/writer. Contact: cedricprakash[at]gmail.com