After Kashmir, Indian Muslims are worried even more

Tell me, what did the establishment achieve by the two-month-long clampdown in the Kashmir Valley? Little point for the sarkar to be coming up those patent one-liners along the strain that ‘now that the mobile connectivity restored, so all is back to normal in the Valley!’ No, for this time, snapped were not just mobile and internet connections but snapped lay even the remotest possible chance of the Kashmiris’ faith in the government of the day. That trust lies snapped for times to come ...perhaps forever! 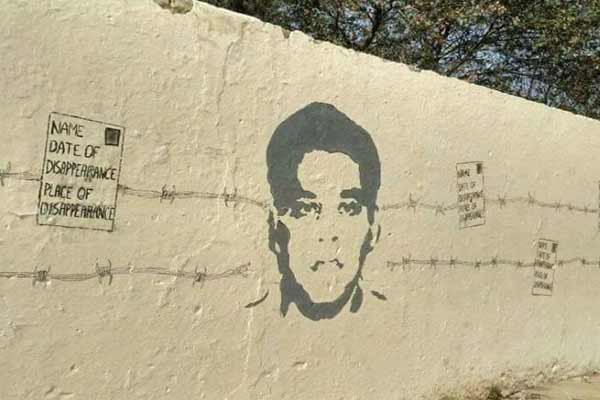 Writing on the wall

The Kashmiris cannot trust New Delhi. The Kashmiris feel betrayed and cheated and even humiliated. Even the shabby manner in which their leaders – the Hurriyat and even the elected mainstream politicians - have been treated by the government of the day has hit the Kashmiris pride. Without going into unnecessary details whether those leaders managed to do any good for the region or not, the basic fact that stands out is that they do represent Kashmir and the Kashmiris. Yet, they were arrested and detained as though they were a terror striking lot! Their very survival and release is at the mercy of the sarkar! In fact, even now as few of them are getting released in twos and threes, it comes across as plain pathetic. How can these Kashmiri men and women, ‘leaders’ for their people, be meted with these third-class governing tactics? Of course, this has hurt the pride of the Kashmiris. As though they and their leaders can be picked up at any given time, arrested under any possible alibi, imprisoned even in prisons outside their state, and to top it all not even allowed to cry out even an uff! Otherwise, anti-national labels could be hurled at them!

Hurt is the Kashmiri by the lukewarm response coming in from the various quarters. In fact, what surprises me is that though Bollywood has used the various Kashmiri locales for numerous films, yet not one strong voice has come out in support of the Kashmiris. Why this insensitivity? Why couldn’t any of Bollywood’s Khans or Khannas or Kumars or even the Kashmir-ki-kalis spoken out, stood in support for the Kashmiris? What are they scared of – their films getting censored or sabotaged or side-tracked? Sad and unfortunate, more so in the backdrop of the fact that though Bollywood-wallahs love to ape the West but not here; not taking a clue from Hollywood’s superstars who miss no opportunity to get critical of Donald Trump and his policies.

And even as the rest of us are getting fed on the ‘all’s-getting-back-to-normal-in-Kashmir’ diet but one community of the country sits extremely wary of the government moves in Kashmir and even beyond. Right from summer of 2019, ever since the Right-Wing rulers have begun lacing their speeches with more blatant onslaughts on the Muslims, the worrying graph is accelerating for the Muslims of the country.

Home Minister Amit Shah’s speeches come across as though rendered by a Hindutva spokesperson and not by a democratic republic’s politician. In fact, in one of his more recent speeches he made sure to mention all the other communities of the land except the Muslims …his this speech was in the context of NRC, where he was relaying that the Hindus, Sikhs and Christians will remain safe in India. No mention of the Indian Muslims! Why this blatant omission of the Indian Muslims? Not to overlook the fact that Muslims chose to, opted to, remain in their country, India. They did not want to cross over to the newly carved country, Pakistan. Several who went there, even came back, returned back to their country, to live the remaining years of their lives right here on this soil …to be buried in their country, India. Many even let go of their mothers and fathers and siblings, who were keen to cross over, but they decided to stay put. And with that remained all alone here yet carried no regrets. There could be hundreds of such Indian Muslim men and women but names of Nida Fazli and Talat Mahmood come up rather too spontaneously. During my interactions-cum-interviews with Nida Fazli, he had told me that his entire clan and also his fiancé and her family had crossed over to Pakistan but he had remained adamant and with that stayed back. And though loneliness haunted him in those initial years but determined he remained…buried in Mumbai he lives on through his verse.

In fact, today not a day passes without one incident or the other coming up which accelerates the apprehensions running deep in the Muslim community of the country. More so, as the murderous attacks on the forms and psyches of the Indian Muslins are getting brushed aside by the right-wing rulers of the day; so much that now there’s begun a fresh wave of Hindutva propaganda: No lynching takes place in modern day India!

And in the background or foreground, the right-wing commentators and spokespersons sit quipping – see, no riots are taking place! Muslims are so safe!

Little need for riots to be ‘made’ to take place because every day is a nerve wrecking day. There is communal tension in the very atmosphere, in and around mohallas, inside classrooms, along the highways. The scare is so much that ghettoization is increasing and so is the ability to withdraw from public space.

Today it’s a question of sheer survival with one’s identity intact. The Sachar Committee had focused on the social-economic-educational and the semi-political aspirations of the Muslim community but what happened to any of its findings! Nothing really. Dismal…Very dismal remains the situation. Grim levels on the housing or economic or educational or survival fronts, with that additional load of rising insecurity and apprehensions.

Till about six years back the Indian Muslim could breathe freely and not sit worrying what the future would hold out in terms of her or his identity-cum-survival. No longer …Today, after witnessing what the Kashmiris have gone through in the last over two months, Muslims sit more than worried. Even if lynched and attacked they cannot cry out, for they would be told by those manning the so-called governance, that no lynching takes place on this land!