Should the Supreme Court verdict enable the building of the Ram Mandir in Ayodhya, Muslim fears about the security of mosques in Kashi and the Idgah in Mathura would appear to have been taken care of by the Places of Worship Act of 1991. The act spells out that all places of worship “except Ayodhya” will be maintained and respected as they were in 1947. Assurances, however, have value only when there is rule of law which has been a retreating value in our country in recent years. In these circumstances what is the wise course for the Muslims to adopt when the Ayodhya verdict is delivered before November 17? 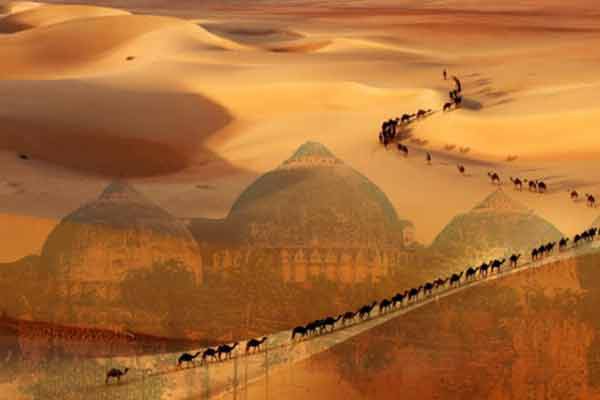 Already, intemperate whispers are afloat that should the verdict favour the Mandir some members of All India Muslim Personal Law Board would go in appeal. Years ago, a radically different way out for Muslims was spelt out by my mother, Atia Naqvi. She had accompanied me to Ayodhya not specifically to watch the brick-laying ceremony in August, 1989, but to be able to spend time with me because soon after the Ayodhya assignment I would catch the flight to New Delhi from Lucknow where she lived.

She made three observations: First, she found a mosque on a high ground jarring in a patently Hindu, temple town. Secondly, by her understanding of Muslim names, Mir Baqi, who is supposed to have built the mosque, was quite clearly a Shia. Why then was there no agitation in the Shia enclaves of Lucknow? And finally, and most importantly, if the Hindus had claimed it to be the birth-place of Ram, why had the Muslims raised their objection to the highest pitch. Let me try to quote her verbatim from memory: “A Muslim can spread out his prayer-mat anywhere facing the Kaaba and offer his “namaz” (prayer). A Hindu consecrates the idol which is then alive eternally for worship.”

It is not wise for Muslims to argue against the Hindu claim that Ram Lalla was born under what became the central dome of the mosque, now demolished. What archaeologists say is, in political terms, not as important as what the vast majority of people have been induced to repose absolute faith in. Since this faith is being exploited by political interests towards their agenda of “Hindu Rashtra”, the Muslim opposition to this transformational plan provides grist to the Hindutva mill. It enables Hindutva to sharpen Muslim-Hindu polarization on an even larger scale.

The boost from two BJP seats in 1984 in Parliament to 350 now would not have been possible without the Muslims having been ensnared into opposing the agenda. This posture of Muslim, ironically, served Hindutva’s purpose.

Muslims were first led into faulty politics by Syed Shahabuddin, a brilliant officer of the Indian Foreign Service whom Atal Behari Vajpayee, as Foreign Minister in the first Janata government (1977-80), handpicked as a “Muslim” face of the Janata Party. Shahab fell into the trap of wanting to be a leader of Indian Muslims rather than being a “Muslim leader”. Communal polarization is built into the approach. Little wonder he found himself digging his heels in for the mosque when the Ayodhya dispute erupted. The VHP, BJP had reheated an old issue as a strategy to neutralize V.P. Singh’s promotion of caste forces in the Hindi belt. L.K. Advani’s Rath Yatra was intended to serve more than one purpose: to contain the ogre of casteism let loose by V.P. Singh and to accentuate the anti-Muslim slant of the BJP. This is where Shahab’s fierce opposition helped the BJP. What Advani initiated has spiraled into the stratosphere which is where the BJP today is.

I must, ofcourse, add in parenthesis, that Shahab was far from being communal. He was a deeply religious gentleman. In amoral politics, devoid of honesty, such a person can easily be cast as “communal” by those on an agenda of majoritarianism. Shahab had the honesty to recognize his naiveté and withdraw from politics.

Shahabuddin did not have the “tact” which Justice Sibqat Ullah Khan stressed in his 2010 Allahabad High Court Judgment on Ayodhya. Justice Khan gave the example of the Treaty of Hudaybiyah which Prophet Mohammad signed with the hostile tribe of Quraysh in 628 AD. It had been six years since the Prophet and his followers had left Mecca for Medina.

After these years, the Prophet with a caravan of 1,000 men on his way to Mecca for Haj reached Hudaybiyyah. Quraysh had made it known that they would block Muslim entry into Mecca. The Prophet consulted his companions: should the caravan return to Medina or proceed, risking a battle? Intermediaries carried messages back and forth. All that the Muslims wanted was to perform Haj at Mecca. This, the Quraysh were determined to prevent. Eventually a truce was agreed upon. Ali, the Prophet’s cousin, drafted a treaty. The Prophet dictated that it was a treaty between “Mohammad, the Prophet of Allah, and Quraysh”. Interlocutors for Quraysh objected. They did not recognize him as God’s prophet. Ali, his cousin, refused to drop the preamble. The Prophet intervened and himself deleted the phrase, thus paving the way for a treaty which declared a truce between the two sides.

The terms of the treaty were considered a surrender. For instance, despite the compromise, Muslims would not be allowed to perform Haj that year. Next year they could, provided they stayed in Mecca for only three days and so on.

In modern military terms, the treaty turned out to be a sort of tactical retreat, because in a matter of a few years Muslims had conquered Mecca. At this stage, the story becomes a parable.

What “conquest” was Justice Khan recommending? If you study Hudaybiyyah as a parable alongside some of Iqbal’s couplets which Justice Khan so aptly quotes, his message becomes clear: “communal disharmony” is what has to be conquered.

But that precisely is what majoritarianism does not want. Its meteoric rise since 2014 is based on polarization and more polarization.