With just a night left for the so-called “historic” judicial verdict on the controversial Ayodhya-issue, speculations are once again in the air about the social tension it may lead to. During this phase, prospects of possible tension may be deliberated upon from several angles. The first is of course news being circulated about it. This includes news about security being increased in Ayodhya to check any outbreak of violence. Certainly, irrespective of whether any disturbance takes place or not, it is fairly sensible on part of concerned authorities to take necessary measures for checking the same. Enhancing security is one of these. 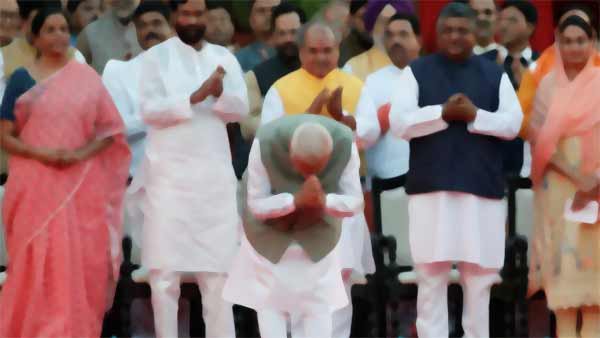 Equally significant are comments of various leaders and organisations, asking people to maintain peace and harmony, respect whatever the judgement is, not indulge in any celebration over it and so forth. Numerous such statements are being continuously issued with people being asked to restrain from making “provocative statements” on the verdict, accept the judgement, not spread and entertain rumours, remain calm, not be provoked and so on. Clearly, no leader and/or organisation linked with the issue and/or concerned about it, wants to be left behind in issuing such statements in the “interest of peace and harmony.” Of course, this does not mean that these statements have not genuinely been issued in the national interest to assure that peace and harmony is maintained. It is possible, another objective maybe to use this opportunity for gaining media coverage. There is no denying, media hasn’t refrained from according substantial coverage to all possible aspects of Ayodhya-issue in the present phase. The key focus of most is on whether the verdict will lead to any tension or not.

There is no guarantee that, as scheduled, the verdict would be delivered. Even if it is, it is least likely to be confined to just a few pages. Prospects of there being differences of opinion among judges constituting the bench cannot be ruled out either. In these circumstances, whatever the judgement/stand declared by the bench is, prospects of it not being easily comprehensible by people at large cannot be ruled out. Differences in opinion of various leaders/parties’ understanding of the verdict may also prevail. It won’t be surprising if several days are devoted to heated discussions and debates on the Ayodhya-verdict, whether it is delivered or not, is postponed further or not.

And this draws key attention to another crucial aspect of Ayodhya-verdict. Irrespective of the judicial stand, at present, Indian media and politicians seem extremely concerned about the social reaction to it. Yes, as being speculated, apprehension, tension and concern about the Ayodhya-verdict leading to communal tension are gaining ground as the day is drawing closer. Clearly, this is simply a signal to leaders, parties and various organisations being apprehensive about the nature of the social verdict they will witness as a possible reaction to the judicial stand on the controversial issue.

In essence, there apparently prevails the fear about the judicial verdict leading to communal chaos which the demolition of the mosque led to. That was 1992 and this is 2019. Prospects of the same communal history being repeated in the present phase may be viewed as extremely limited. Why should it be and how can it be? Whatsoever the verdict is, it cannot be implemented overnight.

Also, at present, Bharatiya Janata Party (BJP) faces the litmus test. The party is in power at the centre as well in Uttar Pradesh (UP). Any kind of communal chaos following the verdict would only throw question marks on the ability of this party to maintain harmony and peace in the country. Clearly, at present neither Prime Minister Modi nor the UP state chief minister Yogi would want question marks thrown at their “image.”

It may be noted, cow-lynching cases have not been ignored by the national as well as international media. Nor have other communal incidents targeting Muslims been sidelined. Rather, given the increase and spread of numerous means of communication, even if – under pressure – some outlets choose to ignore or sideline these incidents, “news” about the same doesn’t take long to spread through other means of communication. No leader, party and/or organisation can be and/or is oblivious of the fact that communal mayhem at any level, at present, is least likely to be welcomed by people in general, the majority of whom are Hindus.

Over a period of time, both communities have accepted that communal riots spell loss for all of them at numerous levels. Considering the poor economic conditions most are caught in at present, nobody wants these to worsen further. Ahead of parliamentary elections, attempts were made by various means to arouse communal tension between the two communities. They failed. It is possible, attempts maybe made by some right-wing elements to provoke communal frenzy over the Ayodhya-issue, irrespective of the verdict’s nature. But these can certainly be checked by PM Modi, Home Minister and UP chief minister. Social verdict may compel them to. Social verdict implies refusal of people to be roused to a stage of communal frenzy.