It was in late 2001, when I was desperately searching for an affordable accommodation after joining my first job in Delhi. The preference was for a place at a central location, which was close to mainstream Delhi while offering an approachable access to the NCR areas (specifically the weekend hangouts in Noida). One of my friends suggested I accompany him to explore one such location, and I happily hopped off with him on a DTC bus to the “unknown” destination. The delicious and satiating aroma of biryani, fried chicken, and tandoori kabab after we alighted the bus was perhaps the first and most memorable reminiscence of the destination. Which place is this, I asked my friend in awe? “Shaheen Bagh”. I looked around the lustrous plushness of the ambience that lay in front of me and ravished in the charming aroma of fried chickens. 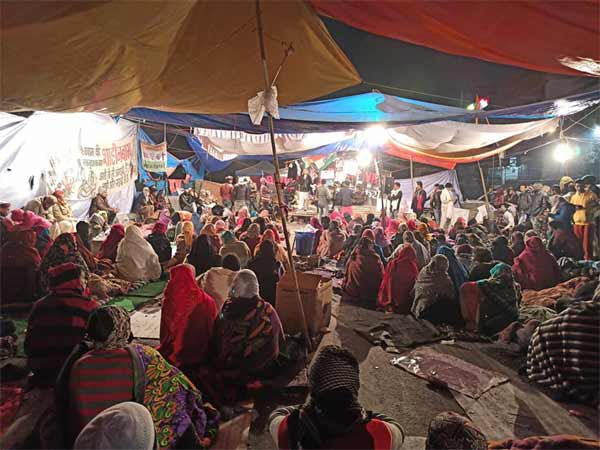 Shaheen Bagh – the name sounded so familiar and inviting, with all the kabab and biryani platters, and yet appeared somehow unlike the customary “Muslim Ghetto” of Zakir Nagar close by (with all due apologies to the residents). And where else would you get to satiate your interminable hunger for biryani and kabab platters other than a Muslim Ghetto during those days? For one thing, Shaheen Bagh was at least not as congested and crowded during those days, one parameter that reassured me of it being a good relocation choice – and we eventually decided to settle there.

I have had the credit of living in and around almost all notable landmarks in South Delhi, including Zakir Nagar, DDA Kalkaji, Sangam Vihar, Kilokari, and even Badarpur Border. However, Shaheen Bagh was different. Apparently, it did have all the essence of being called a “Muslim Ghetto” – albeit a modern one. With Kalindi Kunj park and Noida being in close proximity, it definitely had all the assets of being an affordable and “not so repellent” landmark. Work life was stressful (I worked in a call center during those days) but the feeling of homeliness at the end of the long workday (or night – as I worked the night shift most of the time then) that Shaheen Bagh offered was unrivaled. We stayed in Shaheen Bagh for a good protracted time, and later relocated to other places in Delhi NCR depending on the work locations. Shaheen Bagh never lost its sheen for me though, and it was often one the most visited places even years later.

Shaheen Bagh, which may not have been as radiant a landmark then, has now become a symbol of liberty and fraternity during the recent protests against Citizen Amendment Act (CAA) and National Register of Citizens (NRC). The gleam and valor of the women of Shaheen Bagh has been the most vibrant facet of this campaign – for which they indeed deserve a standing ovation.

The struggle against CAA, which originated from the sprightly mettle of Jamia Millia Islamia and Aligarh Muslim University, has been so exquisitely upheld and protracted by the women of Shaheen Bagh. Never before have I seen women power so nascently emerging out of nowhere and distending to become a milestone of a revolution in the making. Shaheen Bagh of today reminds me of the Tahrir Square of the 2011 Egyptian Revolution, the semblance between the two resonating so harmonically. Well, back then Tahrir Square of Egypt was also the venue of celebrations after Hosni Mubarak's resignation – and chronicles of yesteryears reveal that history often repeats itself!

Shaheen Bagh, the name of the locality may have its root elsewhere, but the word “Shaheen” itself resonates with strife, struggle, valor, and success. Shaheen translates into falcon, the valiant and resolute bird of prey that epitomizes ascent and triumph, achieved after adversities and struggle. It also translates into “royal” in Persian. The two professed connotations of Shaheen coalesce so well with Allam Iqbal’s famous poetical “Shaheen”:

[Your abode lies not on the ornamental domes of the royal palaces;

You are the sturdy falcon, dwell on the brawny mountainous rocks.]

The mark that Shaheen Bagh in general, and its women in particular, have left on this revolution is precisely the same – the sturdy falcons of India!