Constitutionally, the country and its people are caught in a strange deadlock. On one hand, people of all religions are on streets protesting against the central government’s stand on Citizenship Amendment Act (CAA), National Register of Citizens (NRC) and National Population Register (NPR). Certainly, people have the democratic right to protest against apparent religious bias being displayed by the ruling government against Muslims through these moves. The Constitution, as voiced by these protestors, specifically lays out Right to Equality and states that there would be no discrimination on the basis of religion and other socio-ethnic differences. Besides, as is asserted by opponents of CAA-NRC-NPR, among other values, Preamble to the Constitution lays emphasis on secularism, liberty of thought, expression, belief, faith and worship. 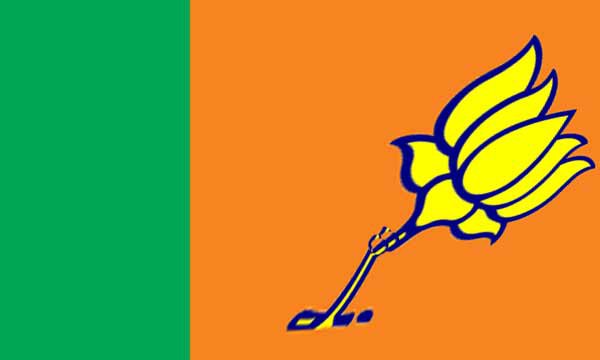 Literally, a constitutional bombshell has been landed on the nature of these issues by recent comments of a distinguished politician and senior advocate, Kapil Sibal. He is reported to have said that once an act is passed by Parliament, the state governments are constitutionally bound to implement the same. They cannot oppose it. Here, it may be noted, several state governments have displayed their stand against CAA-NRC-NPR, with a few even passing resolutions against the same. Now, where does this leave the anger and opposition displayed against CAA-NRC-NPR by these state governments and opponents in their millions who are protesting against these measures all over the country?

At present, the central government is displaying no sign of backtracking from its stand regarding CAA-NRC-NPR. Equally adamant are protestors in continuing their demonstrations against CAA-NRC-NPR. Herein surfaces the billion dollar constitutional question about CAA-NRC-NPR’s credibility. True, the ruling Bharatiya Janata Party (BJP)’s stunning victory in 2019 national elections encouraged it to secure parliamentary approval of a number of questionable measures linked with its Hindutva philosophy. BJP was apparently hopeful that this parliamentary stunt would help it gain greater popularity among the people. Please note the alacrity with which BJP pushed certain Bills through Parliament very soon after taking charge of the government. These included those related with Jammu & Kashmir, Triple Talaq (among Muslims) and Unlawful Activities (Prevention) Amendment Bill (to check terrorism).

While people at large chose not to question the government’s stand on these Bills, their stand regarding CAA-NRC-NPR is totally different. In all probability, the government was extremely hopeful that its stand on these would win it vast support among certain sections of population and further enhance its popularity among voters. Also, BJP probably banked on this strategy, that of rushing the mentioned bills through the Parliament, to help it win the coming assembly elections. But this was not the case. Loss of Jharkhand polls is just a mild indicator of the new political wave not spelling expected gains for BJP. Why?

Each of the Bills rushed through Parliament has the religious-tag attached to it, spelling a communal bias against Muslims. People chose not to question the earlier Bills as those linked with J&K had an anti-Pakistan angle, including that of terrorism. With respect to Triple Talaq Bill, even though it has not been favoured in general by Muslims, hype was created about it that it is being passed to help Muslim women. Against this backdrop, the BJP apparently felt that Indians would not question its stand regarding CAA and subsequently NRC-NPR. BJP’s political calculations, as marked by demonstrations against CAA-NRC-NPR, have proved it wrong.

The party failed to understand the deep-rooted “secularism” prevalent within the Indian community. It would not be wrong to state that BJP leaders probably became over-confident about their command over the religious pulse of the people in general. They presumed that their electoral success in the general elections was sufficient to convince the people to accept and support whatever moves they promote. In addition, they appear to have been misguided by their illusion about the prevalence of the anti-Muslim bias among common Indians. If this was really so, demonstrations against CAA-NRC-NPR would not have at present assumed the nature of a common movement on the rise.

Of course, credit must be given to young students and Muslim women who are boldly and fearlessly opposing CAA-NRC-NPR while pronouncing their commitment to the Indian flag and Constitution. Students and women across the nation are expressing their solidarity with them. Equally significant is the support extended for them from all walks of life and from all age-groups. Without massive support swelling over hundreds of thousands practically daily at Shaheen Bagh and other places across the country, this protest would not have assumed the dimensions that it has at present. It certainly is creating history. Clearly, non-BJP state governments have not ignored the enormity of the political test facing them. They cannot afford to ignore people’s voice against CAA-NRC-NPR.

With respect to opinion voiced about the constitutional limitations facing state governments, there is another angle to it. If each and every law was adhered to the letter as directed by the central government, women would not have been abused, dowry would have ceased to be practised and so forth. The fine line of difference between what is constitutionally binding on state governments and whether the same can be sidelined needs to be paid attention!