Is the Delhi Pogrom 2020 really over?

By Karuna John 18 Mar 2020
Nearly a month later, the survivors are still traumatised from the loss of life, livelihood, homes, and have little hope from the authorities

“We were preparing for my sister’s wedding. We had bought her gold jewellery, bridal trousseau, and lots of gifts for her. All of that, including the Rs two lakh cash we had saved up to buy some household items for her are all gone,” Shadaab’s voice cracks as he recalls what he calls the biggest setback for his family, “she is my only sister, and we had been planning her wedding with so much joy, no expense was too much for her.” 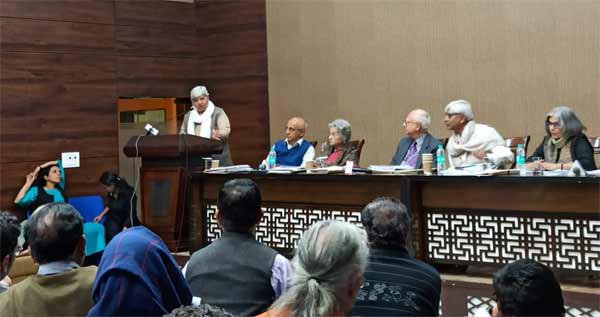 He also lost stock worth Rs 10 lakh that is the core of his ‘flight packing material’ business, but it is the loss of his, and his sister’s dreams that he says cannot be calculated in monetary terms.

Sahdaab’s story is still one of the better ones.  He says he is lucky and very grateful to god that his family is alive, but coming back to what they knew as a ‘normal’ life is too far away to think of. “But I will make sure she will still get married as planned after meethi Eid, but it will no longer be the grand wedding we planned, but I will do the best I can Inshallah.”

The riots that began on the night of February 23 onwards, in the densely populated, primalrily Muslim areas of North East Delhi were planned well in advance, had trained hitmen armed with weapons and  were most likely helped by local goons who pointed out Muslim owned business, shops, and homes to be targetted, say survivors.

Of course the plan unfolded with hate speeches by politicians, intimidation, and verbal attacks, even as the police looked on as if it was the norm, say residents. The riots spread like wildfire over the next few days and consumed lives, homes, and livelihoods, mostly of Muslim families, as well as a few Hindu families. A month after the embers have supposedly died down, the residents from across the affected region came together and shared stories of loss, government apathy, and continuing trauma at a ‘People’s Tribunal on Delhi Carnage’, organised by Anhad in collaboration with Alliance Defending Freedom, Aman Biradari, Amnesty International India, United Christian Forum and Muslim Women's Forum.

Over 30 riot-victims,  and some civil society activists testified and shared facts with the tribunal jury: Justice Aftab Alam, Prof. Apoorvanand, Harsh Mander, Pamela Philipose, Dr Syeda Hameed and Prof. Tanika Sarkar. They heard story after story that showed how  North-East Delhi riots too were a Pogrom targeting minorities, similar to the Anti Sikh riots that burned the city in 1984. 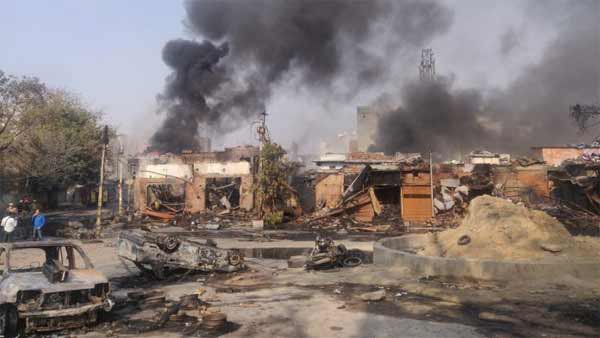 In February 2020 too, the violence seemed to have been planned, the rioters were armed with weapons that could break open doors and ransack interiors, including metal tipped wood, iron rods, petrol bombs, burning tyres, gas cylinders ready to be set off as bombs. The items looted were carried off in vehicles brought in for the purpose, before the shops were set ablaze. Masjids were attacked to drive home the point that minorities were not seen as equal citizens. “There is nothing to loot in a Masjid. It is just a hall. Copies of our holy book the Quran Sharif were burned. What message does that send?” asked a resident, an affluent businessman who lost crores in stock and property, but considers this as the biggest attack, “I will never trust the police again in my life.”

Survivors were united in the opinion that the Delhi Police did not do its duty and alleged that some policemen were “complicit with the mobs, attacked Muslims, and threw tear gas shells at unarmed residents”. The Police they say watched, or walked away as the mobs rampaged the area and attacked the residents. “Police could have stopped the violence one day one. None of this would have happened,” said a resident, “the rioters had police protection, and had all kinds of weapons in their hands.”

Even the Fire Brigade, and Ambulance services did not respond to distress calls say residents of North East delhi. “We called 112 many times but they said we can't reach, the roads are blocked. We called the policemen we personally knew many times, but their phones were busy and they never returned the calls. Some policemen told us not to come to our shops as mobs were gathering, and some even said we should leave the area and save our lives.”

“The police did not respond to distress calls, those who were stationed near the shops also left when the mobs grew. The policeman said, ‘the mobs are huge, and we do not have enough forces’ imagine that,” said a resident who says he has lost faith in Delhi Police and will no longer trust them to maintain the law and order to bring peace and normalcy back in riot-affected areas. “As long as I am alive I will never trust Delhi Police. I will never forget.”

Residents do not know who they can depend on now and have notheir but their personal faith, “we trust allah. Only he can help us.”

“There was organized loot that took place and targeted mostly Muslim shops. They were ransacked methodically and then burnt to the ground using petrol bombs and burning tyres. In areas where Muslim owned shops and Hindu owned shops were set up side by side, the mob only harmed the ones owned by Muslims.”

Many survivors are convinced that the rioters may have been brought from outside Delhi but it was the locals who guided them to our shops and homes, only a local would know the area, markets and by lanes so well. “My shop did not even have a signboard. It was locals who pointed it out to rioters,” said Moinuddin.

The residents say their trauma has increased when they realised the police, or any other government authority would not do anything to help them. A fact that was driven home in the days after the initial violence subsided. Even now, almost a month after the riots damages and loss of property have been underreported. “The police have combined unrelated FIRs, and some people have not been able to file FIR of Medico-Legal Cases (MLCs) at all,” said a resident. Without this most people have missed out on compensation and have little hope of seeing culprits behind bars.

So far Delhi Police have confirmed 53 deaths, including a policeman and an intelligence officer, more than 200 people injured and 200 homes, shops, schools, vehicles and religious places burnt down. Many residents, mostly young men, are still missing, however, bodies are still being pulled out of the sewage canals.

There was migrant labour in the area as well, and none of them have been accounted for, say residents. Most damages were  under-reported by the Home Minister Amit Shah in the Lok Sabha on 11th March 2020, the tribunal noted.

Another fact brought up by the survivors was that medical help arrived too late due to police barricades, but when the victims were taken to hospitals in private vehicles by friends and family, they were not given dignified treatment. A few hospitals like Al Hind and GTB treated the victims, but there are reports of various private hospitals where the victims were refused help, a few even alleged that the doctors also taunted the Muslim victims.

Only after Justice VS. Justice Murlidhar led the midnight hearing at Delhi High Court on February 26 and ordered for the Police to act as per their duties, did they act. Too little, too late, say residents.

“Still Delhi Police did not register FIRs against BJP leader, Kapil Mishra who’s words most of the survivors and victims said ignited the riots. He said fire to Delhi,” said a resident adding that no action was taken against  BJP leaders Anurag Thakur, and Parvesh Verma either, for their hate speeches.

The trauma and the shock is yet to wear off as mistrust and fear are high in these areas, even weeks after the riots. The recovery process for many is as bad as the riot itself. Even those who were once well off, and owned multiple properties, or ran big showrooms are helpless. Almost none of them had insurance, and the loss of material and stock has crippled them. The worst affected are those who ran business, small workshops from rented properties. Even the properties which were not damaged are not accessible to them anymore, “Our landlords are Hindu. They have evicted us and told us they won’t rent to Muslims.  If this isn't a financial and economic boycott, then what is it?”

Some residents who lost all their official papers when their property was burned down do not know how they can get any compensation at all. “I have yet to receive any compensation but some of my institutions were on rented properties,” a Hindu resident said.

The jury pointed out that while members of both communities have lost property, life and faced damages to their homes, “statistically the rate of damages to Muslim households and businesses and lives was much larger.”

Testimonies from both communities showed that they had been living in harmony and had no communal tensions, however, locals said the eruption of violence has been backed by years of preparation and hate conditioning. Hate spewing politicians, and biased television news channels have gone unchecked. The jury noted that the “psycho-social damage that has happened for the communities, especially the women and the children of the Muslim communities cannot be measured.”

Most survivors said the riots may be officially over but they are still traumatised economically, emotionally and physically, by the riots and even though they lived to tell the stories they continue to be haunted by the sounds, sights and smells of the hate and violence they were subjected to.

“For two days we faced stone pelting, firing, and barely managed to escape with our kids,” Rukhsana still has a blank look in her eyes, and is scared that her husband, a scrap dealer, may not be able to find any work. The charity, and help from others will soon run out, and survival will be a challenge for the family. Her fear is palpable. (sabrangindia.in)