Save democracy: Vote as Bhagat Singh, Sukh Dev and Raj Guru would have

The Milli Gazette Online 24 Mar 2019
Shaheed Bhagat Singh, Sukh Dev and Raj Guru martyred on 23rd March 1931 at Lahore. They, and many others who died in the freedom struggle, longed for a secular democratic India which ideal is under severe threat. Let us resolve to defeat authoritarian and fascist forces.

Citizens For Democracy and P.U.C.L. (Delhi) view with grave concern `a recent statement made on 14th March by Sakshi Maharaj, a BJP MP at Unnao that there is Modi tsunami and after this election of 2019, there would be no further election. This should not be viewed as a stray statement by a political leader but a belief which is widely shared by top leadership of the Sangh Parivar. Union Law Minister Ravi Shankar Prasad and Amit Shah, President of BJP also declared last year that after BJP wins election in 2019, nobody will be able to remove them for the next fifty years. 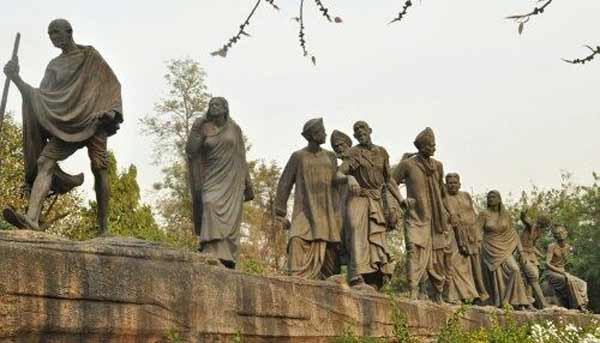 RSS and its off shoots already see the Indian Constitution as a major roadblock to achieving its main goal of establishing a Hindu Rashtra. There have been continuous attempts by it and its followers, overt and covert, to weaken and destroy the basic constitutional values viz. secularism, socialism, equality and tolerance. They give tacit support to the incidents of mass-lynching of the members of the minority and dalit communities who continue to remain in a state of fear and helplessness while un-employment and poverty have grown more than before. The Sangh Parivar is trying to sway the masses by demagogy and promoting a wave of nationalist mass hysteria to regain power. Once BJP wins again, the periodical elections may be discarded for ever so that its totalitarian ambition of continuing to rule for fifty years may come true. This eventuality will mean the destruction of all our hopes and aspirations for freedom –social, economic and political.

Periodical elections are powerful weapons in the hands of the people by which they can remove a corrupt or repressive government and elect another one of their choice. Once people are deprived of this weapon, they will be compelled to live in a realm of serfdom.

We therefore appeal to the voters to vote for such a candidate in their constituency who cherishes democratic and secular values and who is in a better position to ensure the defeat of BJP-RSS alliance. Defeat of BJP is the imperative need of the day if we wish to save our country, our democracy, our constitution and cherished values of our freedom struggle.