How farsical and untrue is this reporting on a survey by Delhi Minorities Commission. A Times Now reporter met me, I gave him all the information. And even then Times Now shamelessly comes up with a cooked up story. There is no Muslim census. There is no plan to give any community reservations under the garb of a census. What DMC is doing is an annual exercise published in our annual reports to bring out the truch and nudge the government to honour Prime Minister’s 20-Point Programme for the minority which is still  operative under the current government. Times Now has fraudulently given all this a communal twist. And start a hashtag #MuslimCensusExpose. Times Now seems is still governed by the ghost of Arnab. I boycotted Arnab earlier, and now will I boycott Times Now as well. Shame on such shameless, conscience-less media. Appended below is a press release on this issue. 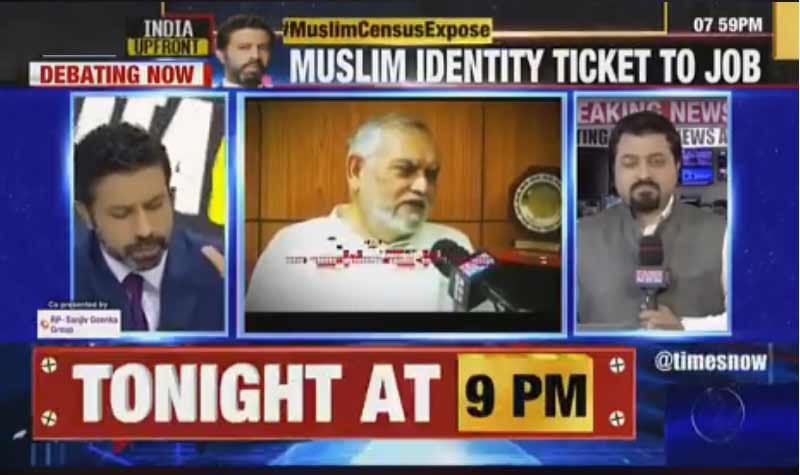 New Delhi (27 July 2019): Various print and electronic media have published that Delhi Government is conducting a survey of minorities (or Muslims) or that Govt. of Delhi, with an eye on the forthcoming state assembly elections, has asked Delhi Minorities Commission to conduct such a survey.

Clarifying this matter, Chairman of Delhi Minorities Commission Dr Zafarul-Islam Khan said in a press statement that he is not aware if Delhi Government is conducting any such survey, but as far as the DMC is concerned, it has not been asked by Delhi Government to conduct such a survey. The fact is that as per Delhi Minorities Commission Act 1999, the Commission works to mitigate problems faced by minorities, intervene on their behalf, and advise the government about measures to be taken to ensure just and equal treatment of minorities. As part of this mandate, the Commission collects data each year about the representation of all designated minorities in government departments and PSUs in NCT of Delhi, and publishes same in its annual report which is presented to the Government of Delhi and to the Delhi Assembly.

The change this year is that earlier we used to do a sample survey of some 15 departments, but this time we have widened the net to include all Delhi government departments and PSUs working in NCT of Delhi. Some of these departments have branches and subsidiaries and, instead of collecting information from them and sending to the Commission consolidated data, these departments wrote to their branches and subsidiaries to respond directly to the Commission and this has been construed by some as an initiative of Delhi Government.

Dr Khan added that collection of minority data is an old practice of the Commission which is done independently without any direction or pressure of the Government of Delhi. The Commission is a statutory and autonomous body which is bound by an Act.